From interview to hired: The journey of one expecting mother in the tech space 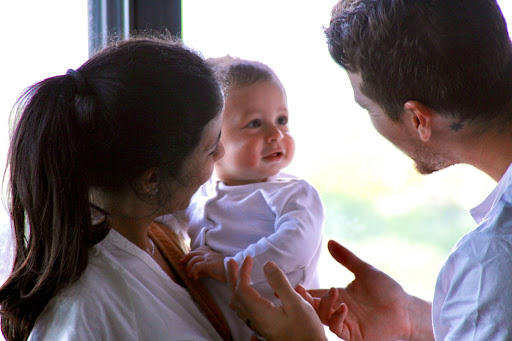 Job hunting is stressful for anyone, but job hunting while pregnant adds an additional level of stress that many employers don’t understand. This was the case for our Growth Marketing Manager, Gabriela Betancourt.

When Gabi started at Method in July 2021, she was 3 months pregnant. But her story begins after she came back from her first maternity leave at a previous employer in 2019.

“I was excited to have my first child, but I was sad to leave” says Gabi. “I worked with a great team, and they were very supportive.”

After a heartfelt goodbye to her team, Gabi went on maternity leave and spent quality time with her newborn son: Lucas.

Due to the pandemic, she was unable to bring her son to meet everyone on her old team but knew she would have the opportunity to do so when she went back to work.

Unfortunately, that didn’t happen because her previous employer went through a transition period while she was away.

When she came back from maternity leave, most of her original team had left, and it no longer felt like the same company she worked at before having her son.

She returned to work, but soon felt like she was lacking support and that the company was no longer a great fit for her. Under regular circumstances, the natural step is to find a new job. There was just one problem — she recently found out she was pregnant with her second child.

This news made leaving her position a difficult decision, but staying wasn’t in her best interest or that of her developing baby.

“I was scared,” says Gabi. “But it was the best decision for my mental health and the baby. So I had to do it.”

Plunging into the job market during pregnancy

Gabi was now faced with two choices: stay home and unemployed for the remainder of her pregnancy, or look for a new job.

The second choice was unpopular among her friends and family. Some said no one would hire her knowing she was pregnant, and others thought it was useless to start a new job only to leave months later. But Gabi knew that it was still worth a try.

“No one knows your situation, so you have to do what’s right for you.”

Luckily she had the support of her husband and the guidance of a friend who worked in HR to help her navigate the job interview process.

Navigating the job market while pregnant

So the job hunt began, but not without some anxiety. Suddenly, not being pregnant felt like a major advantage in the job market.

“It was a very stressful time,” says Gabi. “I didn’t want to get hired, tell my employer I’m pregnant, and then find out that it’s an issue.”

Her HR friend suggested that she reveal her pregnancy after she got an offer, but Gabi felt better about telling them right before the offer.

“If an employer wants me, and is ok with my pregnancy, then that’s where I want to be.”

When Gabi found the Growth Marketing Manager opportunity at Method, she knew what she had to do. But it wasn’t easy.

Passing each stage of the interview process with Method was bittersweet—as she moved closer to getting the job, she also became increasingly nervous about revealing her pregnancy.

It was in her last meeting with Senior Director of Marketing, Dan Van Meer, that Gabi knew an offer was coming, and let him know that she was pregnant.

She said that she understood if this changed things, but wanted to be transparent. Dan took the news in stride, saying that he had to talk to the team and get back to her.

At the time, he knew she was the right person for the role and wanted her on his team — pregnant or not.

The stigma around pregnancy in the workforce, however, had Gabi feeling that she didn’t get the job. Thankfully, this was far from the truth when it came to Dan’s team at Method.

To her surprise, Dan followed up the same day, saying that they were ready to give her an offer.

Along with the offer was a potential plan on how they would accommodate her throughout her pregnancy. This reaction validated that Method was a company Gabi wanted to work for.

“Method is a company with similar values to mine. It isn’t about indifference, it’s about support.”

Now settled into her role, Gabi says that she continues to feel that support from her team and the entire company. She feels like everyone isn’t just invested in her work, but in how she’s doing overall.

“I don’t have to stress about making time for my ultrasound appointments, and I feel no pressure to work if I feel sick,” she says. “Everyone has my back.”

As a final word of advice for parents-to-be in a similar situation, Gabi says to always pay attention to how the company treats its employees.

“All companies put anti-discrimination blurbs in their job postings, but a lot of them don’t put their words into action,” she says.

“My goal was to find a company that feels human and cares about their employees, and Method is that company.”

We’ll miss Gabi while she’s on maternity leave, but we’re so excited to meet her baby girl in the new year!

Shana is a Content Writer on Method's Marketing team. She aims to use her writing skills to help others, including small businesses who want to grow and succeed. When she isn't writing, you can find her listening to her vinyl collection or trying out new recipes with her partner.